Of course #syntheticphonics is vital, but does it help a child spell photosynthesis in Yr. 5? We need to equip ALL children with ALL the tools to succeed. #syllables

1. If phonics doesn’t help a year 5 child to spell photosynthesis it’s because year 5 (and year 6 and secondary and beyond) teachers are often not equipped to use phonics (syllables, sounds and graphemes) as a tool for spelling increasingly complex vocabulary in a way that suits the age and experience of their learners.

2. There seems to be a perception that phonics and morphology are mutually exclusive but this is simply not true. Start with speech and the symbols that represent the sounds we say but support memory and expand vocabulary by exploring everyday roots and suffixes. It is impossible to spell well using only sight or only sound. It is a beautiful mixture of the two so be prepared to be flexible.

Spelling photosynthesis without using syllables, sounds and graphemes is asking students to recall and draw a visually complex string of letters. According to (a spelling site that no longer exists), the following is an analysis of misspellings of photosynthesis “collected from over 14,913,252 spell check sessions”:

I would also add that, without phonics, some of the young people I’ve worked with would spell it something like photosfys.
So how do you make sure every student can spell photosynthesis without memorising and regurgitating strings of letter names? These are instructions for working one-to-one or in a small group but it could also be taught from the front or online via Jamboard etc. 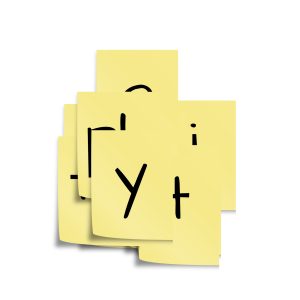 How many syllables in photosynthesis?

‘5’ (having tapped them out on the table)

pho to syn the sis

You will probabably have to model the spelling voice, something like ‘foe toe sin thee sis’, but have them say it out loud too. This will fail unless students are saying syllables and sounds out loud.

What’s the first syllable? (might have to say them all again) pho

Build ‘pho’. The beauty of the puzzle approach is that there is no letter f to confuse them. Some will just build photo because they know the word; others might need you to ask for the first sound in ‘pho’.

Make sure they say the sounds as they move each puzzle piece. 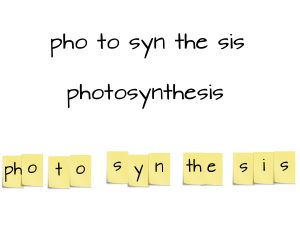 the puzzle. The less confident may copy and say each sound.

It might be the <y> in <syn> or the <e> in <the> – or it might surprise you. Let your students chose their own tricky bits.

If it’s the <the> syllable, ask them how they want to say it to remember the spelling. I like to bundle it with ‘thesis’ or ‘synthetic’ both of which clear up the unstressed vowel in ‘synthesis’ and create a good starting point for talking about the meaning parts of the word.

If its the <syn> syllable, find words that include the suffix ‘syn’ – synonym, synchronise, synthetic (like their school jumpers rather

than referring to phonics).

Synthetic is dual purpose, a bundling word for both likely tricky bits.

Next session, try it without the puzzle pieces but use the same script.
When it comes to independent writing, you want them thinking ‘pho to sin – no syn – the sis – I can do that!’
Use this approach with words that arise naturally in lessons. They might be words that are frequently misspelt in student writing, complex curriculum words that require some introduction or words that students simply want to learn.